Fight with the dragon

...this was the hint in the invitation to the HMP team. Only shortly before, the secret was revealed.

In most beautiful summer weather, this time the HMP team met for dragon boating. On the river Elbe, we went upstream until a beaver lodge blocked our way to the moat "Mönchsgraben". After a short break we returned downstream in a relaxed way. Some very courageous even tested their dexterity on SUP boards, whereby not all of them remained dry... Afterwards we sat together to enjoy a cosy barbecue. That was a great afternoon! 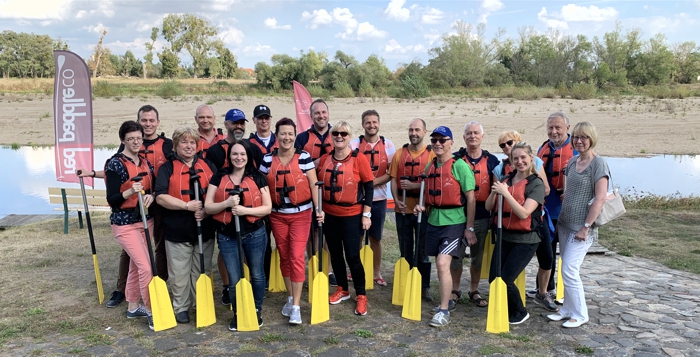 HMP barbecue - Where the manager still grills by himself!

Due to individual family recipes, the grill buffet was again especially delicious! And finally, of course, not to forget our traditional raspberry dessert. 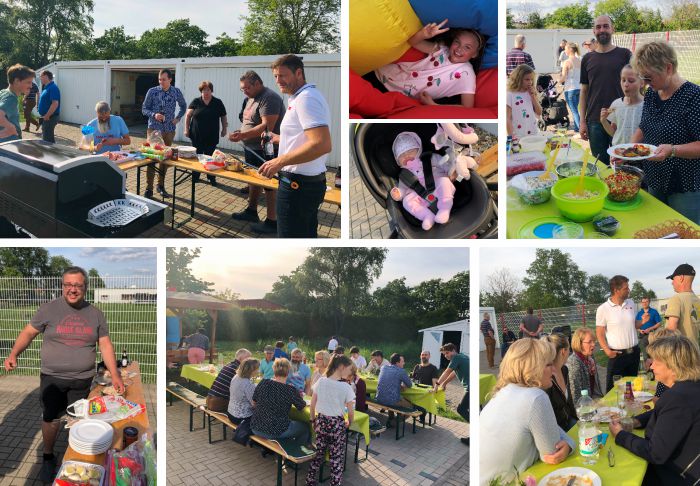 Many thanks for the flowers...

That was a really nice day! Thank you dear men from the HMP team for the sweets and the sparkling wine!

Many thanks to our managing director for the flowers and the invitation! We really enjoyed the dinner and the amusing show at the theater with a lot of laughter!

Traditionally, the HMP team including family members met on the ice rink in the historic courtyard of the Festung Mark in Magdeburg for curling, mulled wine and hot soup. Thereby we started sporty and happy into the New Year!

This year we celebrated cosy ″Scandinavian Christmas″ within the historic walls of the ″Festung Mark″ in Magdeburg, with delicious Glögg at fire, feast, music, dance and crappy Secret Santa! 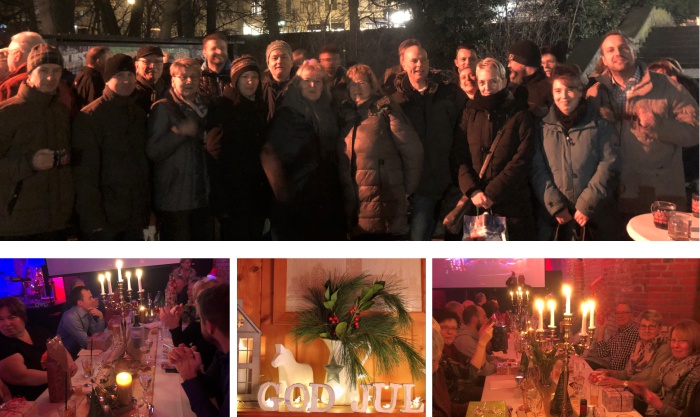 HMP team - joyride in the Harz

In anticipation of a relaxed paddle tour on the river Bode, the HMP team drove together to Gröningen.

Teamwork and strategy were required. To manoeuvre a canoe is not that easy at first ... especially not when you´re shot at. Our captain had distributed water pistols. The aim was to spray the checkered flags of the opposing paddlers as wet as possible. This task was fulfilled with great pleasure. Nobody remained dry. After the paddle tour we dried ourselves at the barbecue fire and sat comfortably together.

"Good wood!" was the slogan for our HMP team on August, 15 in the Bowling World Magdeburg.

We congratulate our Strike King Cass Bluszis and our winners Andrea Bluszis, Edmund Budna and Ronny Reche on their victory and us for the successful, funny common evening!

The HMP team had a lot of fun while curling!

The most beautiful gifts...

are not wrappable in wrapping paper - love, family, friends, laughter, health, be happy.

This year we had a wonderful Christmas party within the historic walls of the church Prester in Magdeburg, with delicious mulled wine at open fire, a frosty nice walk, feast and funny Schrottwichteln! 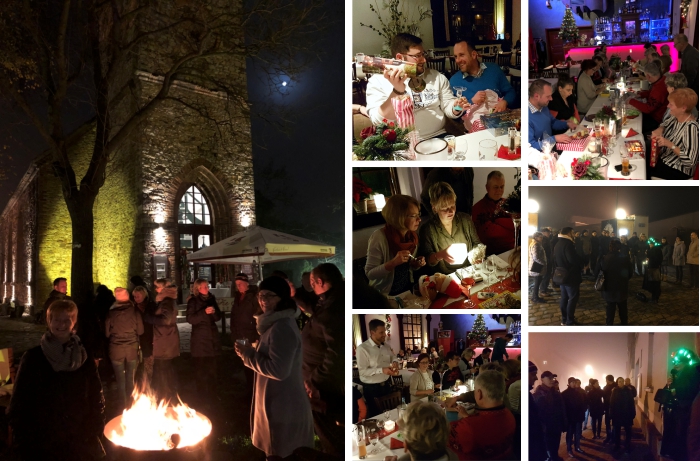 On the occasion of the 27th company anniversary, the HMP team, their partners and children met for a putting tournament. There was a lot of talking and laughing. It became particularly exciting, when the third place had to be determined in a jump-off. A Laola wave for the winner could not be missed.

Afterwards we sat together in a cozy round and enjoyed a meal. Even our youngest guests had a lot of fun.

HMP team is enjoying the sun

On July, 09, already, the day approaches. More than 1,000 teams with 5 runners each participate the 7. Magdeburger relay race. The 5 x 3km route leads through the Elbauenpark. The fun is of course in the foreground.

At 06:00 pm the start gun sounded for the fifth edition of the company relay in our home town Magdeburg. 5 x 2.5 km was the distance around the Adolf-Mittag-Lake, directly in the heart of Magdeburg. The company relay is THE sporty event of the year and the biggest networking possibility of the region. Each team consists of 5 runners.

This year there were 4000 runners from more than 500 companies.

To be honest, we were not the fastest, but we had a lot of fun!

3. Magdeburger Relay Race and we are part of this! 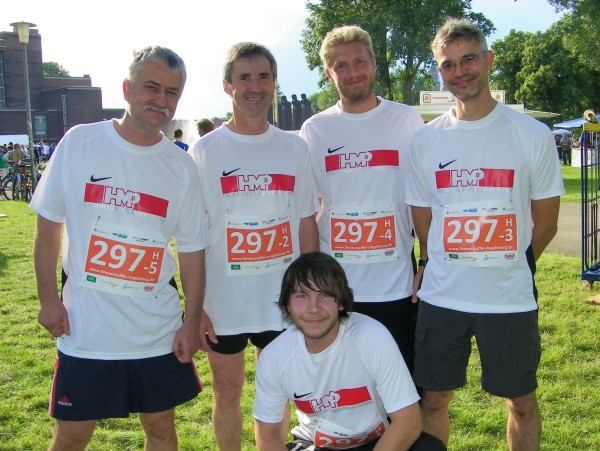 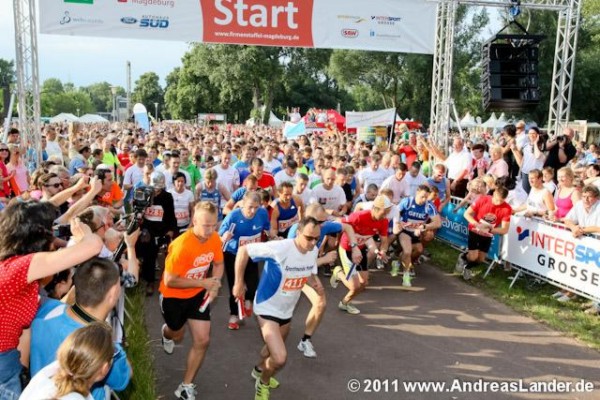 2. Magdeburger Relay Race and we are part of this!

The HMP ROTRUNNER start at the 2. Magdeburger Relay Race! More than 200 teams from Magdeburg start on June,17th at the relay race in Stadtpark Rotehorn. As soon as the starting signal was given at 7pm, each five-person team has to bring the company baton around the Adolf-Mittag-Lake five times, before the final runner of each team crosses the finish line. Finally an electronic time measurement will decide about the fastest company of the state capital. Keep your fingers crossed for us!